Material: The garter belt is made of premium materials & Vintage Metal clips.
Style: this vintage & timeless style has retro metal clips and wide straps to make you feel beautiful, sexy, and desirable.
This suspender belt with wide straps can be worn with thigh-high stockings to create a sensuous look.
Sizing: available in sizes Small, Medium, Large, and X-Large, 2X-Large Please see Sizing Chart for help finding the perfect fit. 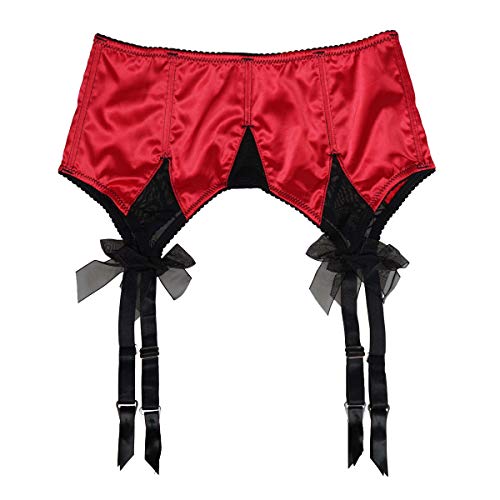 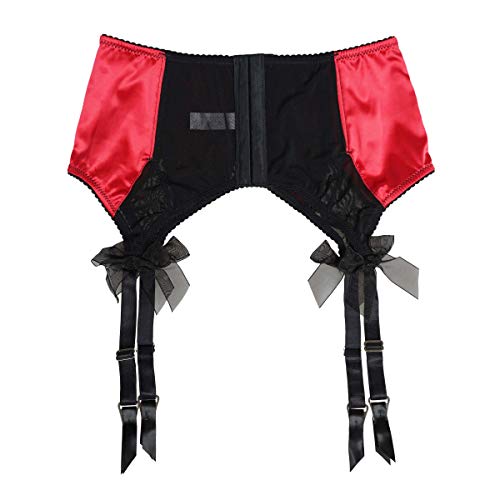 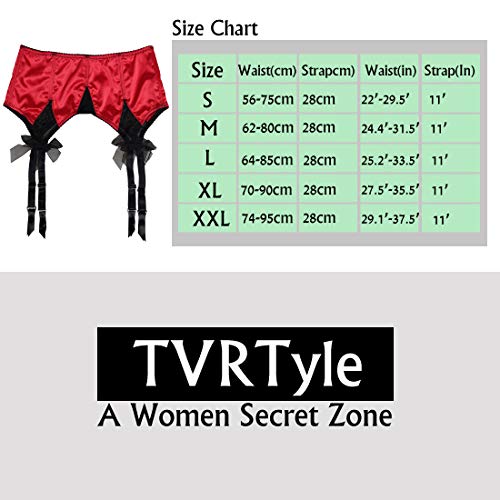 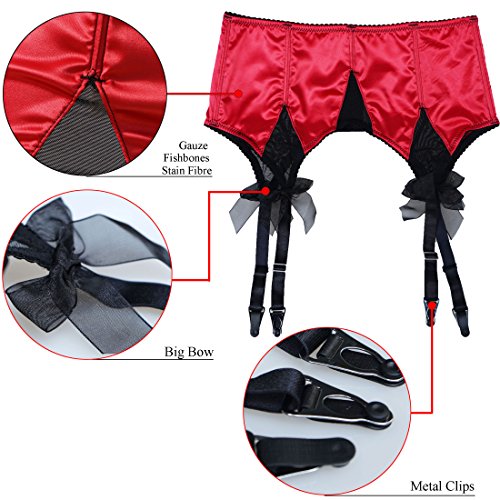 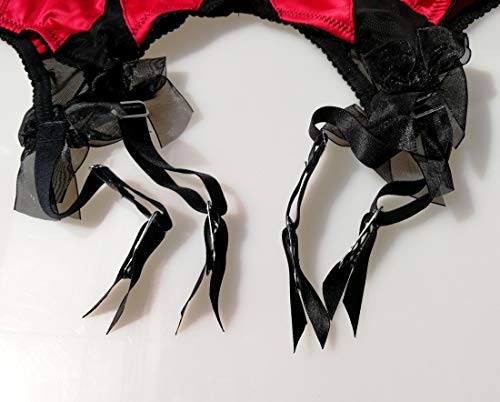 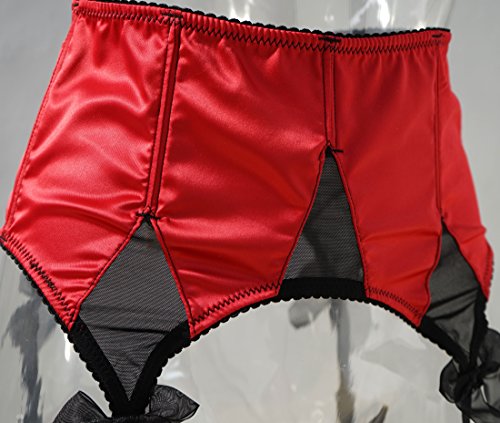 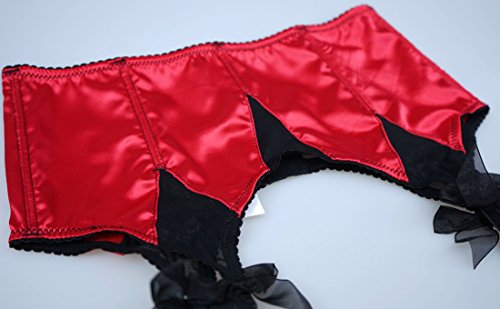 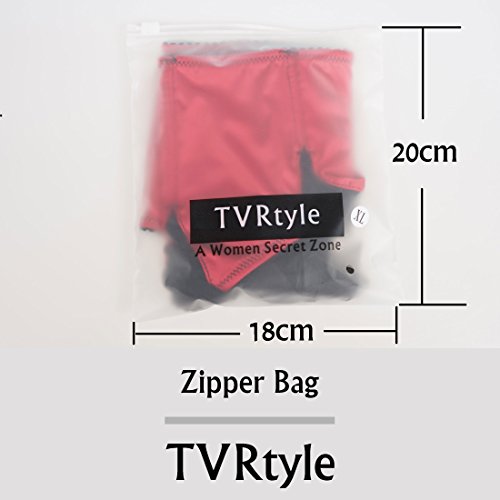 Supporter or garter belts are just one of one of the most constant topics of guys’s fantasies. And also the one who is wearing is not excluded from their dreams and wishes.

Suspenders or garter belts are a tough option according to some, but they stay a tool of massive seduction for a great deal of ladies. Here we clarify why and also how to start.

Stockings and their suspenders owe their beautiful tale to the creation of nylon. In 1939 the very first nylon stockings were introduced in the United States as well as were the immediate success that equalized attractive legs. Before then, only offered in expensive and also delicate silk, the new nylon stockings and garter belts became a device of day-to-day life and also their usage included Europe and the rest of the world after the war.

The garter belt or supporter, with lace stockings came to be an inevitable weapon of temptation. Until the creation of leggings by Dim in 1960, some cheated by drawing a line on the back of their legs offering the impact that they were putting on stockings. While the reducing of the skirts and also the emancipation of the female replaced most stockings by tights as well as pants, garter belts as well as suspenders still remained a promise of attractive seduction.

Wearing of stockings is a dream that would thrill as much the woman that wear them as the male that are asking yourself. Does she put on stockings or leggings? This sensuous detail is disclosed in time … with a garter subtly unveiled during a refined maneuvering, or later on at night …

Weapon of global temptation, sign of hot underwear, stockings with suspenders or garter belts send out solid sensual messages which delight most males. In addition to an aestheticism of the undeniable silhouette as well as soft legs, the genuine motivation of these gents would certainly be simpler access to the trousers (if you use one). On the women’s side, using stockings as well as a garter belt is identified with outright seduction. Confidence is at its top, as well as you really feel sensuous and sexy. Stockings stick out as a hot device and essential for very interesting video games in between fans.

This is a great subject of argument, and also it is a good equilibrium between method and visual appeals. The garter belt must for functional reasons be worn beneath the panties to be able to eliminate the latter without removing the stockings. Visually, it is often worn on top. For a sulfurous evening placed it on top, hot effect assured. Or wear your suspenders as well as stockings without panties to resolve this issue, however that’s still one more tale!

Start by connecting the garter belt to the wanted elevation and then place on the stockings by carefully pulling them on your legs. At idea, loosen the suspenders and affix the front ones to the top of the stockings. Then comes the fateful moment of the back hooking, this is where all the efforts of your beautiful preparation can be ruined. Quit the 10 mins of hard struggle with your head inverted, sit on the side of a chair or place your foot on it so the hooks will certainly be at hand. Finally change the elevation of the garters to feel comfy with your movements.

Concerning 8 out of 10 guys prefer to see their females in attractive underwear such as stocking with garter belts as opposed to completely naked. As well as to end the infinite discussion, the suspenders with stockings is indeed what they favor, or at least for 61% of them.

It shows up that 6 out of 10 females put on only use leggings, attempt to use stockings! They are terribly glamorous and really enjoyable to wear, plus they are the resource of joy for men. With a garter belt, they are certainly less practical, however that makes a huge impact on your companion.

If you wear dissimilar colors of stockings and also suspenders, recognize that in general, guys do not find it really hot. But they do not concur amongst themselves, but it is much better to have minimum suit in between your suspenders and also stockings. Research shows that many females are concerned to match their lingerie.

Ultimately, with a party coming close to such as a dating or marital relationship wedding anniversary, 8 out of 10 females like to purchase lingerie especially for that occasion. It is understood that guys like attractive lingerie to spruce up their evenings rather than sex toys. But if we scrambled our practices?

As you all recognize, it’s clear that women love hot underwear. While guys often such as to take a look at women putting on underwear, women like to use them even more. Good underwear can make a woman sensuous no matter what type she selects. From a personal point of view, using hot underwear can offer her an extra self-confidence in her and also makes her reconnect with her internal siren. This feeling of confidence in her sex appeal is simply one of the factors women love underwear!

Over the centuries, women have actually used underwear in different methods as well as for different reasons. Although bodices have lately started to reclaim appeal, they were stylish up until concerning 60 years ago. At that time, ladies tied themselves in corsets to get what was when called a wasp waistline. It was desirable at the start of the 20th century that women had a tiny waist. Therefore, girls were usually put in bodices at a young age to stop their midsection from growing. It was uncomfortable, harmful and also simply limiting. Nowadays, females like bodices as well as underwear for various other factors. For most of them, the means they really feel the textiles on their skin and also the look that the underwear provides is ample!